This special gift was created for special people, his name is Freddy Sutanto. He was an engineer and the man behind the success of Philips CityTouch application in Jakarta, that decide to resign at the end of March 2018. So, let say this was a late post about the artwork.

We secretly prepare and make this gift for him. Time consumed most on the search of best picture or portrait of Freddy. For sure, we are looking for at Facebook and also from other source. First trial is not so good and we decide to cancel. Because when the portrait convert into vector and silhoutte, it’s not look like Freddy. Then try with another portrait of him. And finally it turn look good as a papercut object.

The other challenge is how to connect Freddy portrait with Philips CityTouch. For sure, we will use the CityTouch logo. And to make other people acknowledge what is CityTouch then I decide to combine with road lighting silhouette with wireless symbol that showing as Connected Lighting and also the silhouette of Monumen Nasional or Monas with high buildings behind it.

Yes it quite simple solution to represent Freddy and CityTouch. And to give more dramatic look, I decide to give space between background layer with dark grey color and foreground layer with plain white paper. It also create shadow, an important element of beautification.

No shadow, no beauty. Without shadow, all will look flat and look boring. 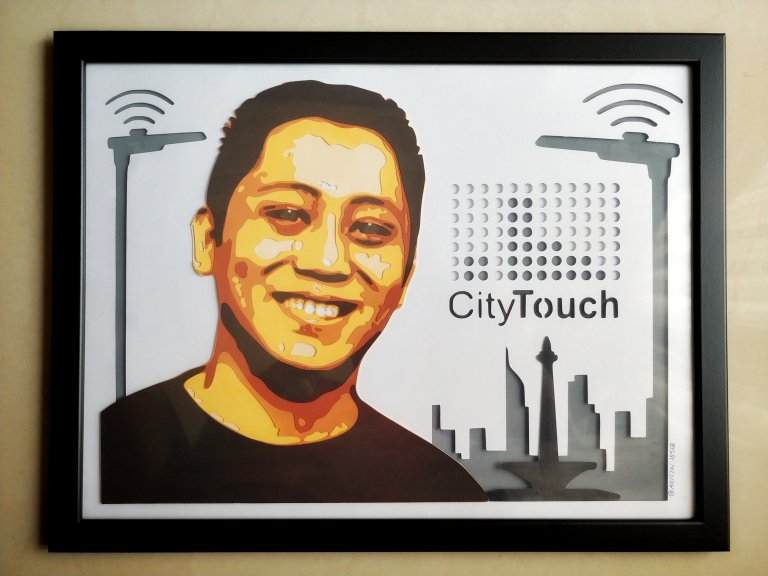 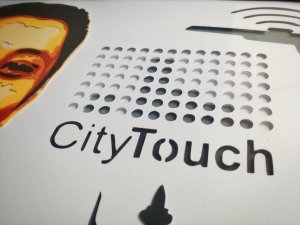 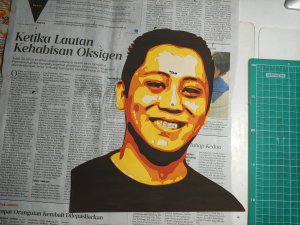 And here is the post from Freddy after he got the surprise at farewel dinner on mid of May 2018…. 😉